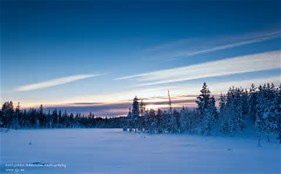 You may know that I am a believer in holiday networking, taking advantage of social occasions and a seasonally hopeful and generous frame of mind to meet new people and make some possible new contacts. So it will not surprise you that I am also a proponent of making the most of those new and revived contacts.

It is somewhat astounding to me how quickly the halo of the holiday lights fade and the reality of what is frequently a cold and demanding January sets in. Many of the networking contacts you made during December are now in the throes of a space shuttle form of re-entry into January, cleaning up the remnants of last year including reconciliation of budgets and finances, managing accruals, examining staffing levels, training new hires, finalizing Q1 initiatives and getting themselves organized for the coming 12 months.

It would be lovely if your meetings during the holidays have remained top of mind for your networking contacts but we both know that is unlikely. It is up to you to remind them of how much they enjoyed your holiday chats and to revitalize the conversations. Don't let too much time pass before you send a quick email or make a phone call. You are not the only person with whom they may have chatted last month and those other pesky people are already re-networking. Here are some relatively painless ways to get back in front of potential productive contacts:

As with many aspects of career management, this is an iterative and pretty basic process. Networking is all about thoughtful, purposeful activities. Do not waste those initial holiday contacts by letting them go stale. Get back out there and wish those contacts a very happy new year. Expanding and enriching those contacts may just help make this a happier new year for you as well.