A Starman's Lesson in Career Reinvention 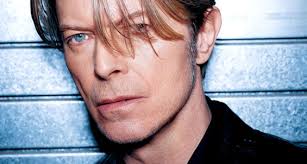 If reinvention, astounding marketing, innovation, enormous talent and fearlessness are not in your career toolkit, perhaps you should take a closer look at how David Bowie altered his persona and his career to become a hugely powerful influence on popular culture and one of the most brightly shining stars of the rock world.

I am a fan, but even if you are not, we can all learn from this man who constantly took on new roles, braved the world of music, the theatre, film, art, the Internet, and even securities trading to succeed in his multi-phased, multi-focused career.

You’re probably thinking that the ‘average’ job seeker is nothing like a musical superstar, and that the sometimes outlandish antics of celebrity superstars are not at all appropriate in the business world (sometimes I agree and think that’s good and other times, well, not so much). Let's expand our thinking a bit to dissect what David Bowie actually did, and I’ll do my best to express his actions in Business-Speak, hereafter affectionately abbreviated as (you guessed it) BS.

First, he was an extraordinarily talented and versatile musician who always delivered an amazing and memorable performance to his audiences. Each performance was different from the others, with the core attributes of showcasing musical talent and providing blockbuster entertainment. In BS: he mastered his core competencies, he delivered as promised and he delighted his customers.

Second, he considered his persona a work-in-progress, altering his appearance and his style to anticipate, and often establish the next trend in image for music superstars. He was fearless in this regard and moved quickly through various personas, never letting the audience tire of any one phase. In BS: he had a finely tuned sense of self-awareness and a deep understanding of the fickle nature of customers: he recognized and responded to the fact that remaining the same is tantamount to going backwards.

Third, he learned how to ‘shape-shift’ (as Anna Russell said in her tribute obituary to David Bowie in the WSJ) and continuously surprised and attracted new followers. He reinvented himself with makeup and eye-popping clothing and hair, inventing and personifying the style that came to be known as “glam rock”. In BS: he recognized that customers always want to know what you have done for them lately, competitors are always nipping at your heels and that marketing to cut through the clutter of what everyone else is saying and doing is mandatory in order to remain relevant, fresh and compelling.

And fourth, he looked outside (far outside) his musical skills to work in the theatre, in film, business, and recently in the world of finance and technology as no other musician had ever done by securitizing royalties from his back catalogue, which he fully owned, by selling “Bowie Bonds” and even launching BowieNet – a brilliant move to ensure his future. In BS: he ventured outside his comfort zone and applied himself to learn and incorporate tools from different disciplines to enhance his business and develop as an individual.

You undoubtedly get the point here. The intended message is to open your eyes and your mind to what you may not be doing to be more marketable, to be more responsive to the changing world of work, and to step outside your typical realm of awareness to enhance your value to the marketplace and realize greater career satisfaction.

David Bowie was a talent of enormous stature.  Although we may not be able, nor want, to do all the things he did, if we are willing to learn from his astounding success reinventing and innovating and marketing, we may be able to create careers that result in our own stars shining more brightly.